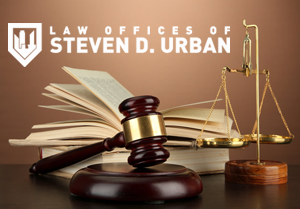 Steve was born and raised in Berkley, Michigan. He graduated from Berkley High School in 1988 and spent the next 10 years in the U.S. Air Force and/or its reserve and guard components, receiving a degree in Intelligence Collection from the Community College of the Air Force in 1994. Steve also attended the University of Texas at Austin where he received his Bachelors Degree in Government in 1994. Following his undergraduate education, Steve attended the University of Michigan Law School, graduating in 1998.

After being honorably discharged from the Air Force, Steve worked for a large metropolitan Detroit firm before returning to Austin in 2000. At that time, he began work at the firm of Taylor Dunham, L.L.P., where he was named a partner in 2007. He left that firm to open the Law Offices of Steven D. Urban in 2012.

Over the past 16 years, Steve has represented clients in matters involving injuries and death caused by car, truck and motorcycle accidents, medical malpractice and nursing home negligence, defective products, premises liability, and a host of other causes. Steve also created and maintained primary responsibility for the website attorneysforinvestors.com, via which he counseled and represented hundreds of clients who had suffered damages at the hands of their financial advisors and stockbrokers. Steve has also successfully represented clients in patent infringement disputes, copyright infringement disputes, trademark and trade dress disputes, business breakups, contractual and other business related disputes, employment disputes, contract disputes, deceptive trade practice disputes, unfair insurance practice disputes, construction disputes, real estate disputes and almost everything in between.

Need Help With Your Case?